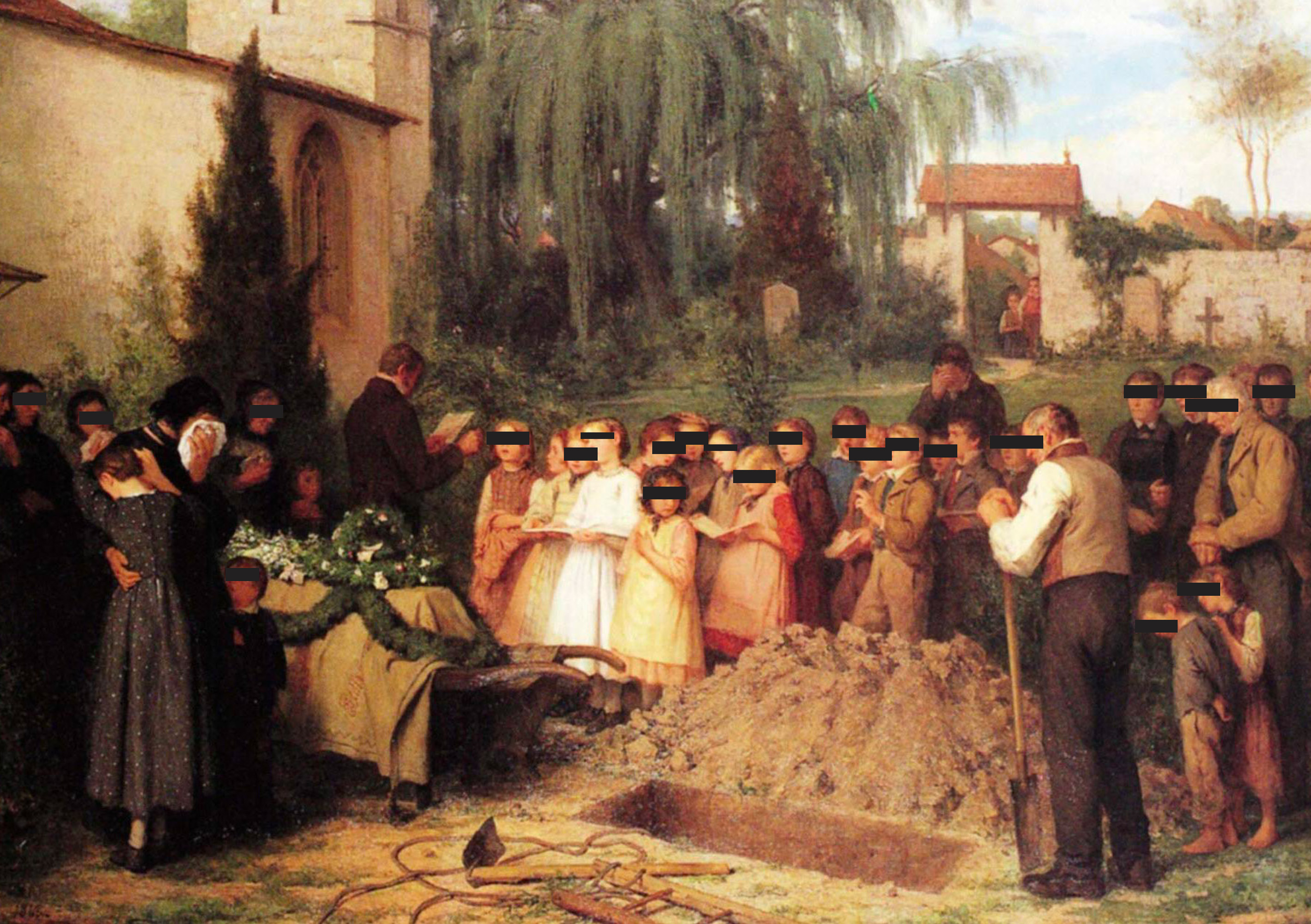 “The Death of a building” is A-A Collective’s contribution to the Hungarian Pavillion at this year's Venice Biennale. The work is a part of the group exhibition “Othernity” that investigates how to recondition the heritage of modern architecture through the question: ‘what possibilities does the often disputed and in many ways obsolete heritage of the modern architecture hold for the architects of the future?’
The following text consists of two parts - firstly a description of National Power Dispatch Centre’s birth and history, secondly a reflection upon the question and the thoughts behind ‘The death of a building’

‍The National Power Dispatch Centre of the Hungarian Power Companies Trust had been operating in the network of caves under the Buda Castle since 1949, thus it was important to find a place as close as possible to the new facility being built as part of the capital’s backbone power grid. Their choice fell on an empty lot next to the Neo-Romanesque building of the Hungarian National Archives. The architect envisioned a mass adaptable to the surrounding architecture, and covered the metal-framed five-storey building with a reflective glass curtain wall and artificial stone surfaces.

The concrete benches of the foyer also reflected on the historical environment, on the mediaeval sedilia of the houses in the Castle District. The lower mass facing Nándor Street and the higher rear mass are connected by a pair of double, cylindrical towers that house the telecommunications equipment and a staircase. The control room on the first floor was the filming location of a popular television quiz show in the 1980s – TV viewers were able to vote by turning off their home electrical appliances, which was recorded by the sensitive central system in front of the TV cameras. The building has always been emblematic in the eyes of the Hungarian architectural profession, in part because of how it harmonises with its surroundings while still being distinctly contemporary, in part because of its highly respected architect.

However, it has never managed to win over the public. The originally shiny surface reflecting the neighbouring houses has by now become matte, while the narrow promenade next to it has been closed. Following a renovation in 1995, the original owner permanently moved out of the block in 2007. In 2016, the state owner announced its intention to demolish the building. However, due to the objection of the architectural profession, the idea has been modified and the currently plans involve the building’s modernisation and conversion into an office building. In 2019, asbestos removal work was carried out here. Despite widespread opposition, the building was demolished in 2020.

To say goodbye
‍Not everything is meant for eternity. When we found the former building of the National Power Dispatch Centre in Budapest, we encountered a structure in poor condition, not properly maintained and abandoned for years. Inside, a demolition team was already in place to remove toxic materials and prepare the building for pull down. This building, at one time a monument of high-tech Brutalism, was now suffering a very slow and low-tech death.
As we left after our first visit, we noticed something seemingly banal - some shrubbery that had overgrown the facade.

To be loyal to the process of time and decay
‍The former National Power Dispatch Centre is located on the historical area of the Castle Hill. What struck our attention was the presence, in such an area full of monuments, of a building that through its state of decay was affirming the opposite: it takes work to make things stay the same. A building left alone is as dynamic as nature: it goes through youth, old age and death. So we asked ourselves: wouldn’t it be better, instead of keeping the “status quo”, to use the Dispatch Centre as an opportunity to introduce dynamics through an unorthodox restoration process?

To let go
‍We asked ourselves a fundamental question: What if we start designing the decay of this building, instead of a renovation or even transformation? What if we accept and even accelerate the process of nature taking over?
With our design we intend to manage and support the process of nature taking over, with the goal of giving a green space to this area of the city. At the same time, we think that such a building deserves a funeral. Demolition would obliterate a part of history in a manner unbefitting Castle Hill, a place where history is celebrated.

To accept death
‍We strip the building of its toxic materials and get rid of everything but the constructing elements and infrastructural cores.
During the day, this new city oasis will be open to visitors and function as a public park ensconced within the remains of a building that “once was”. The project will act as an experimental way to deal with Brutalist heritage by pointing towards a more symbiotic and nature driven future.

“All go to the same place; all come from dust, and to dust all return.”
Ecclesiastes 3:20 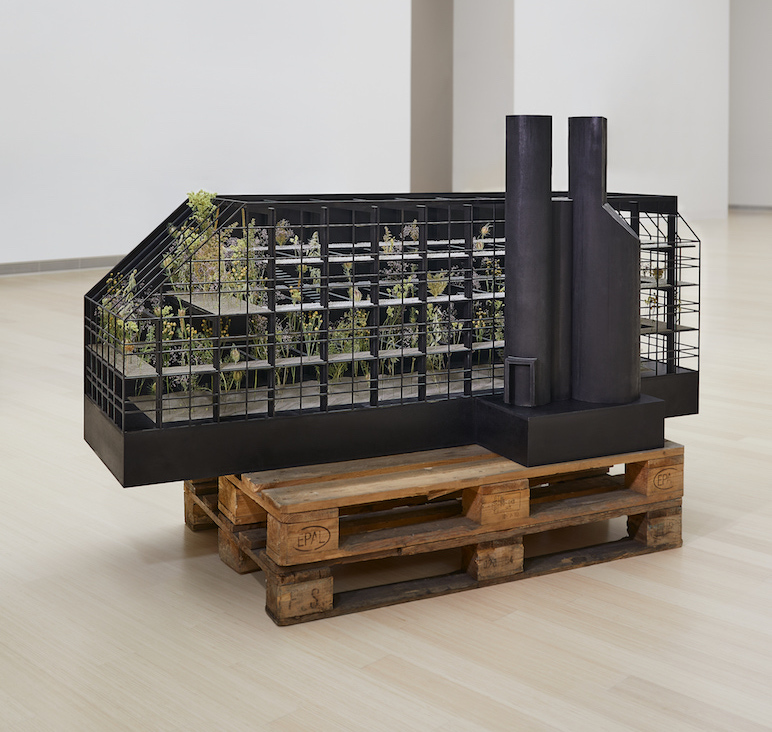 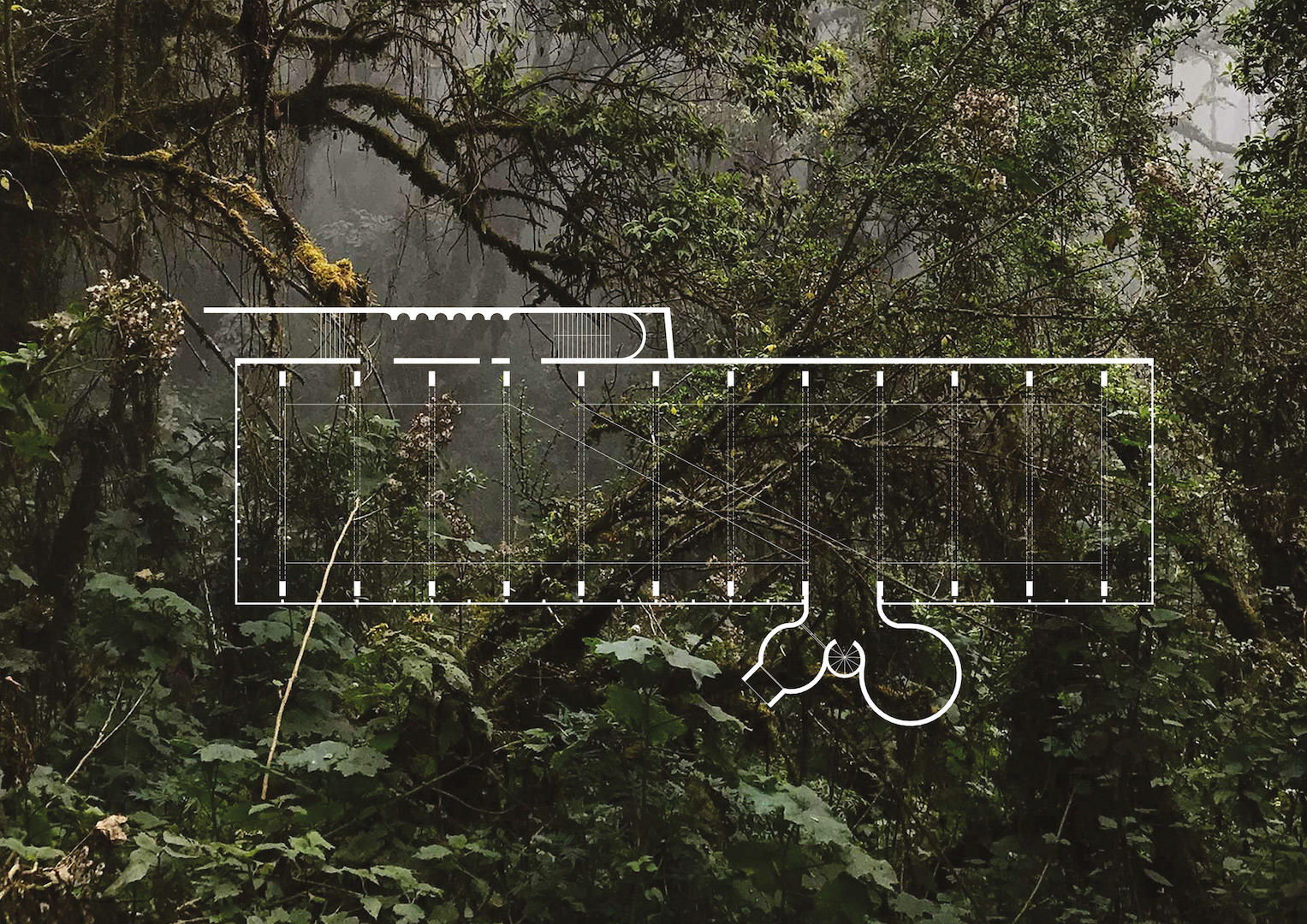 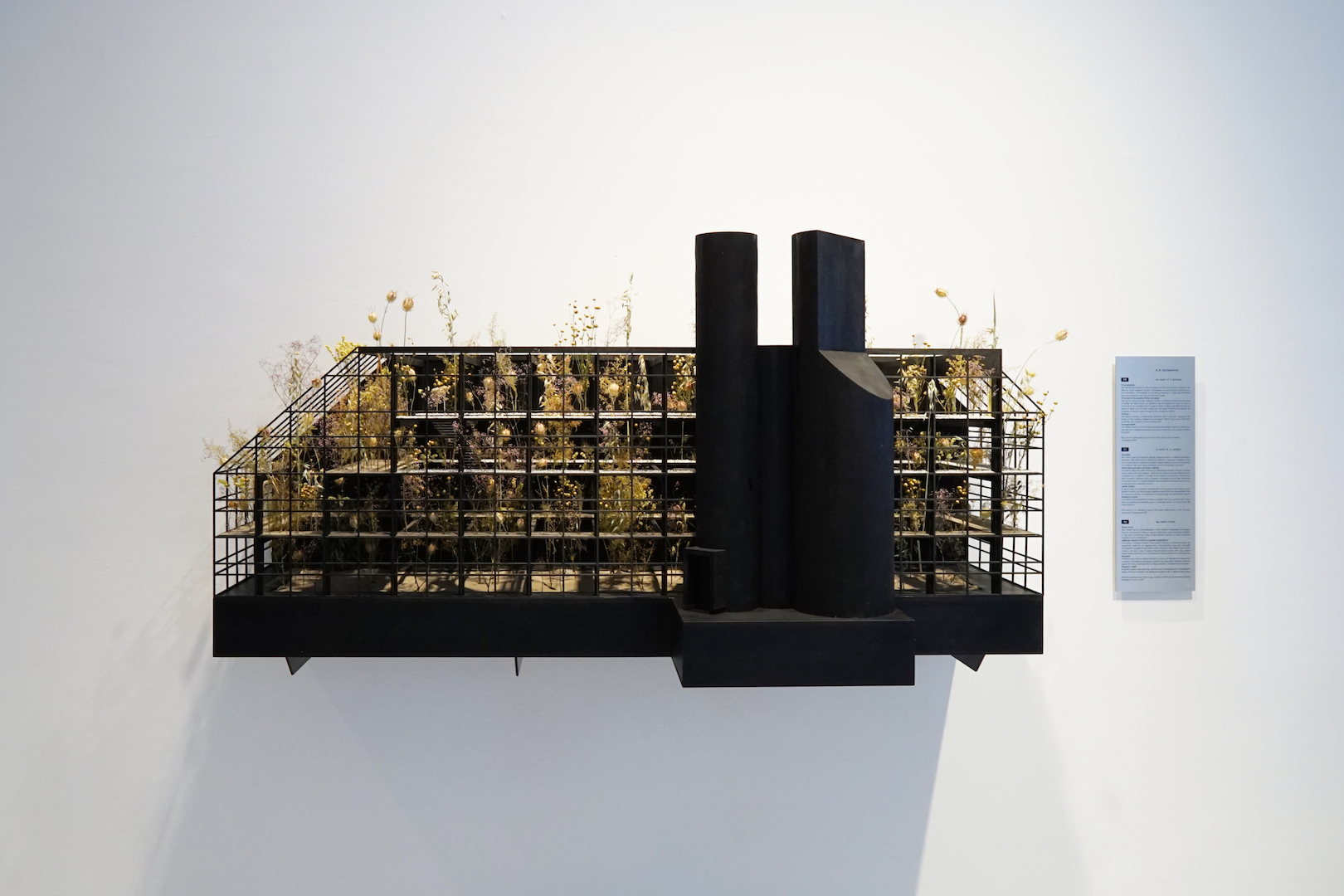 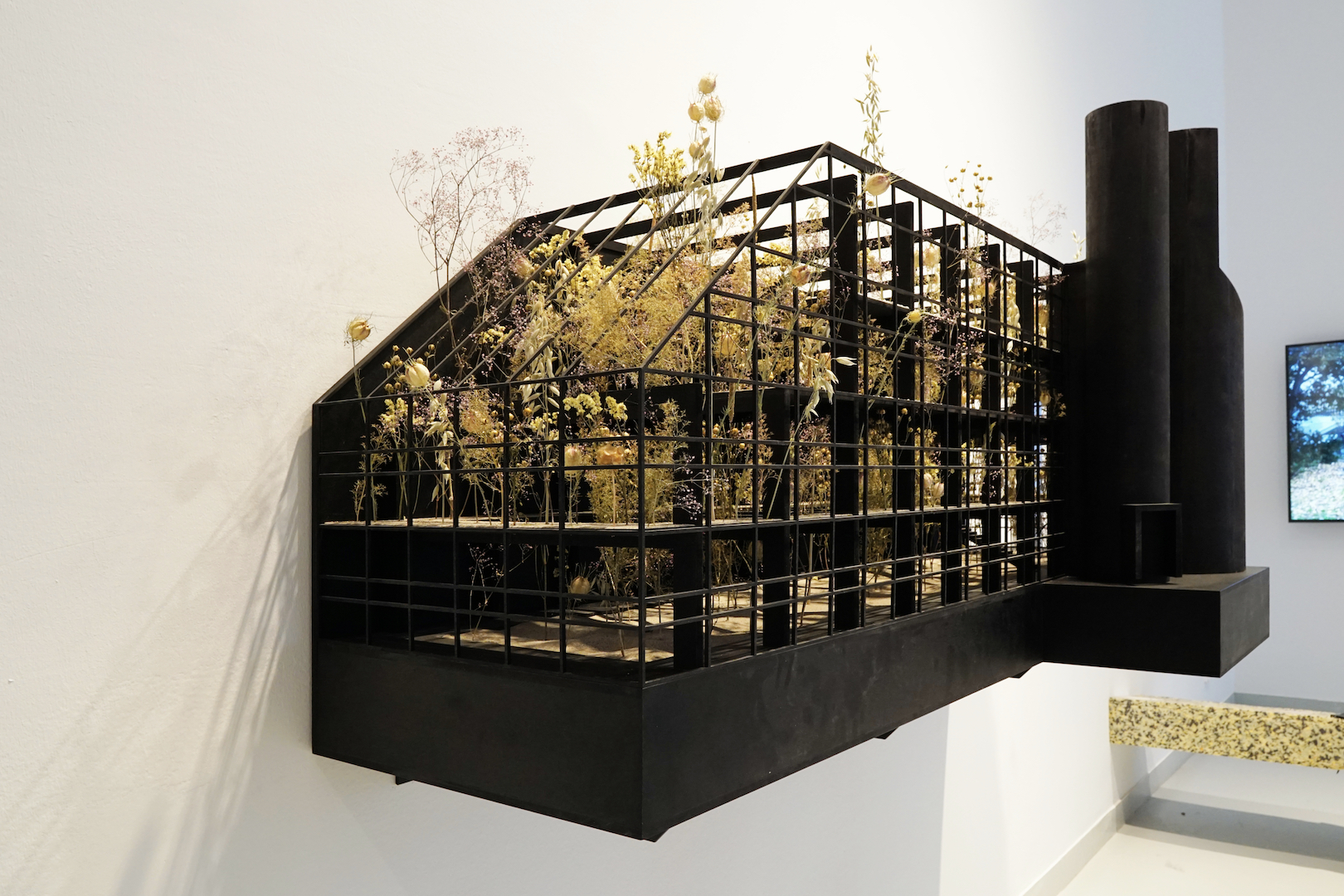 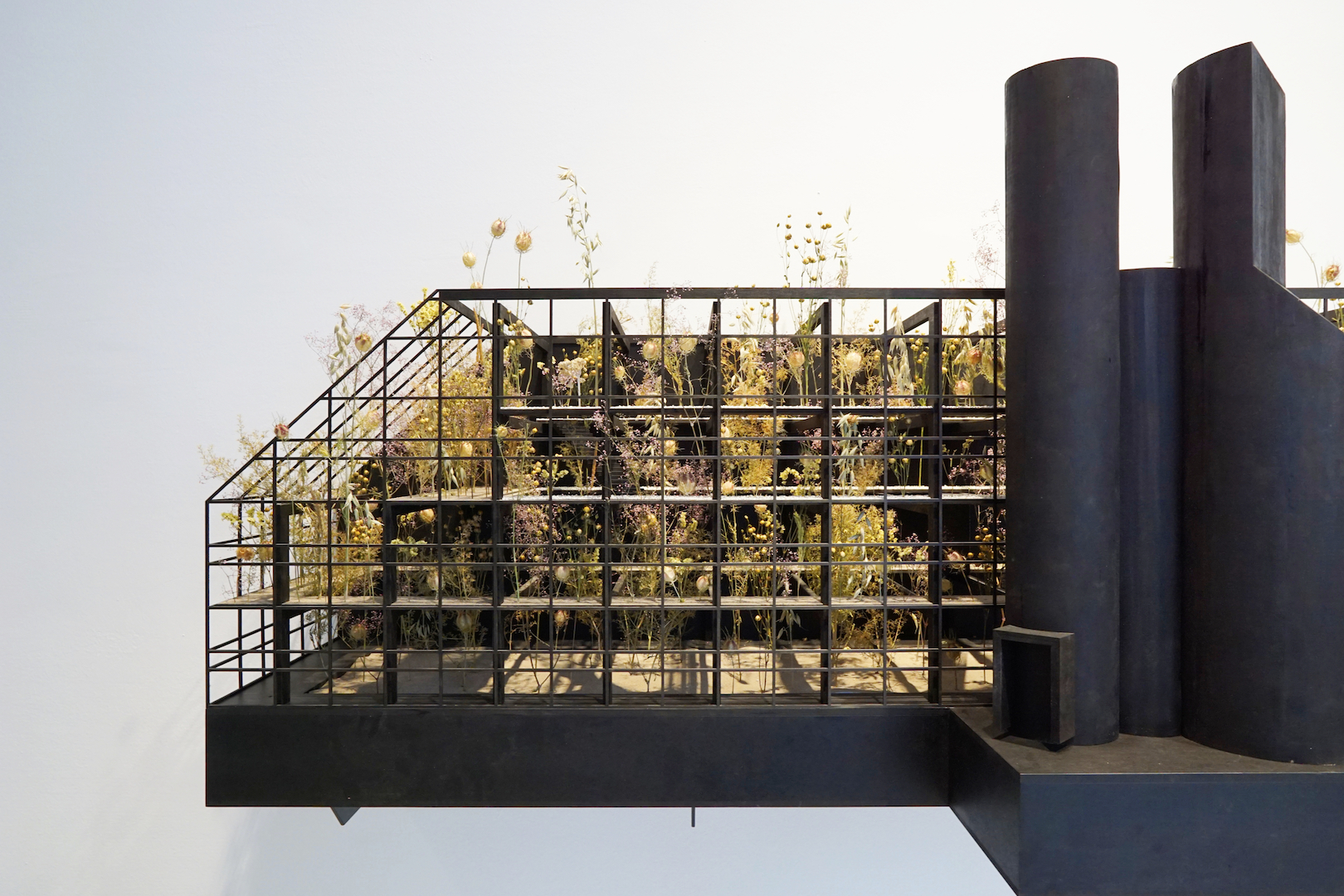 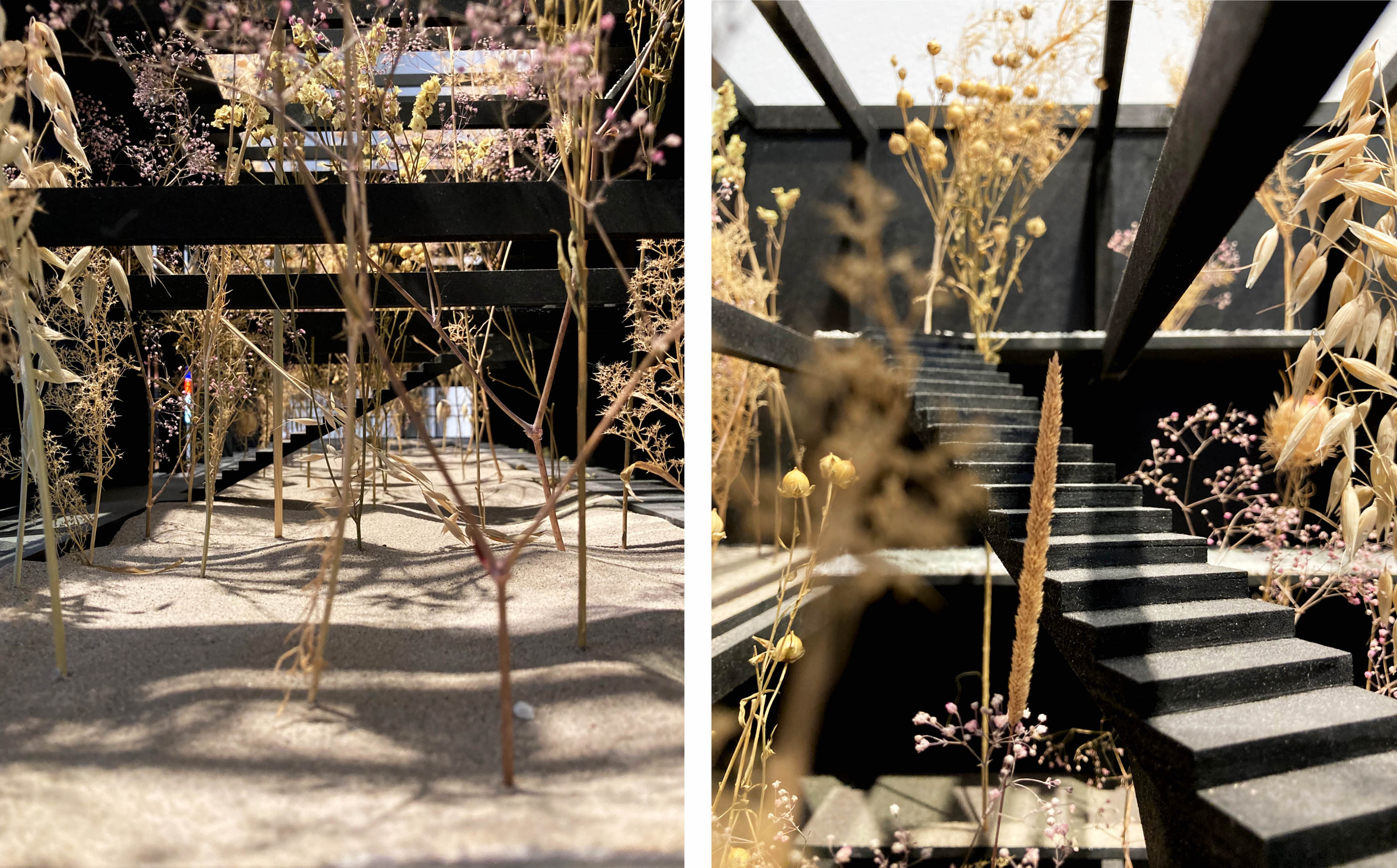 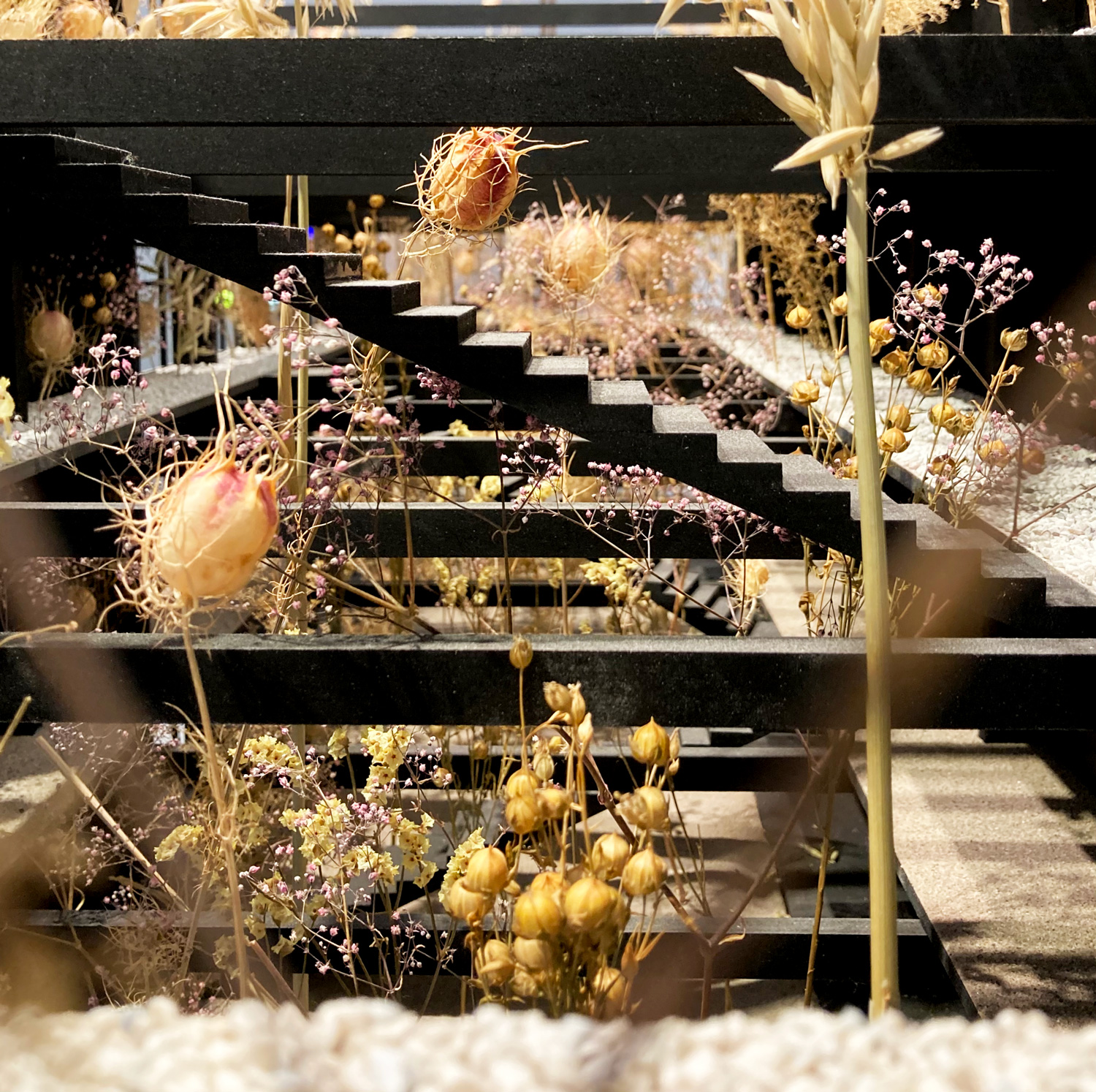 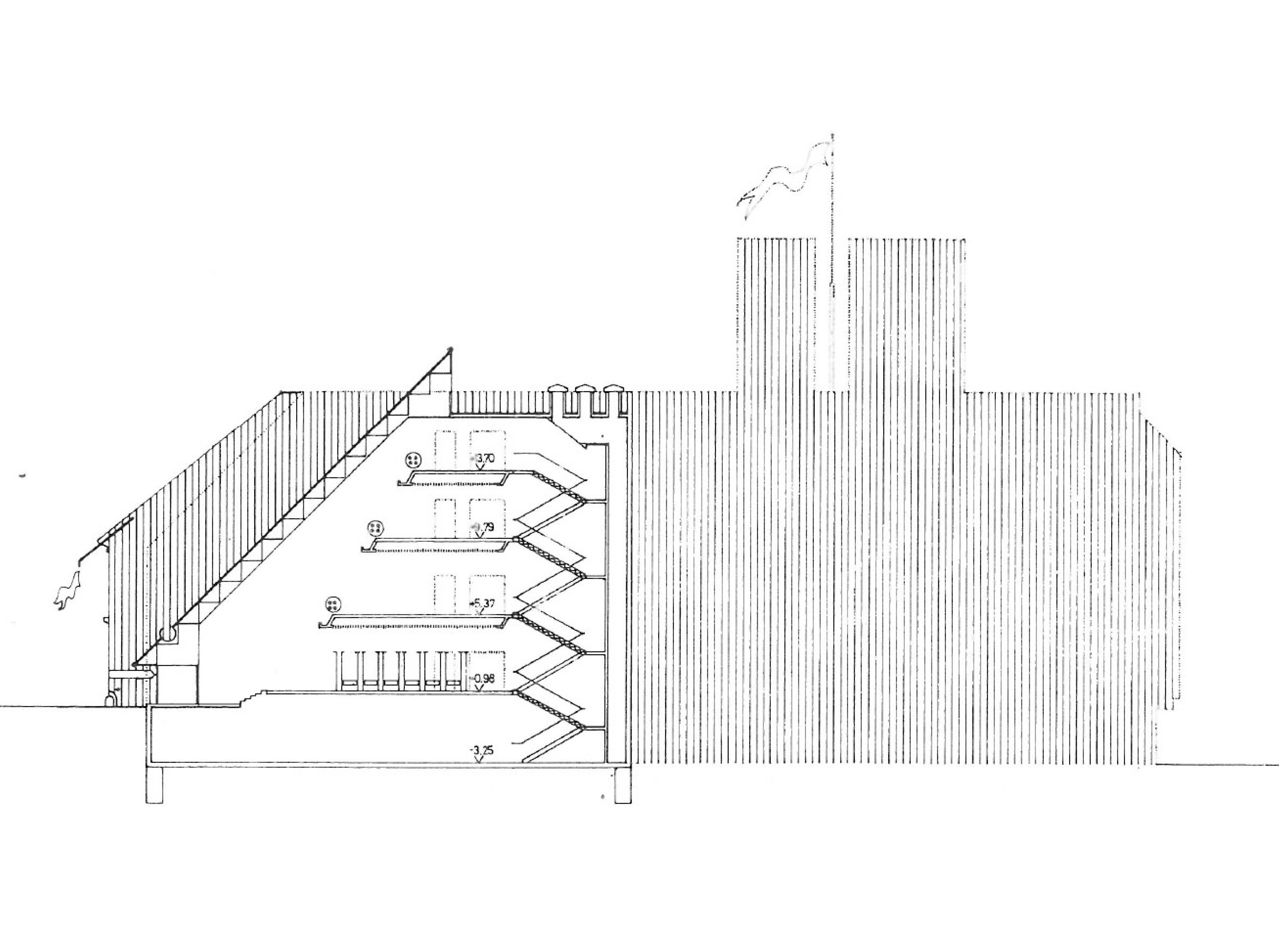 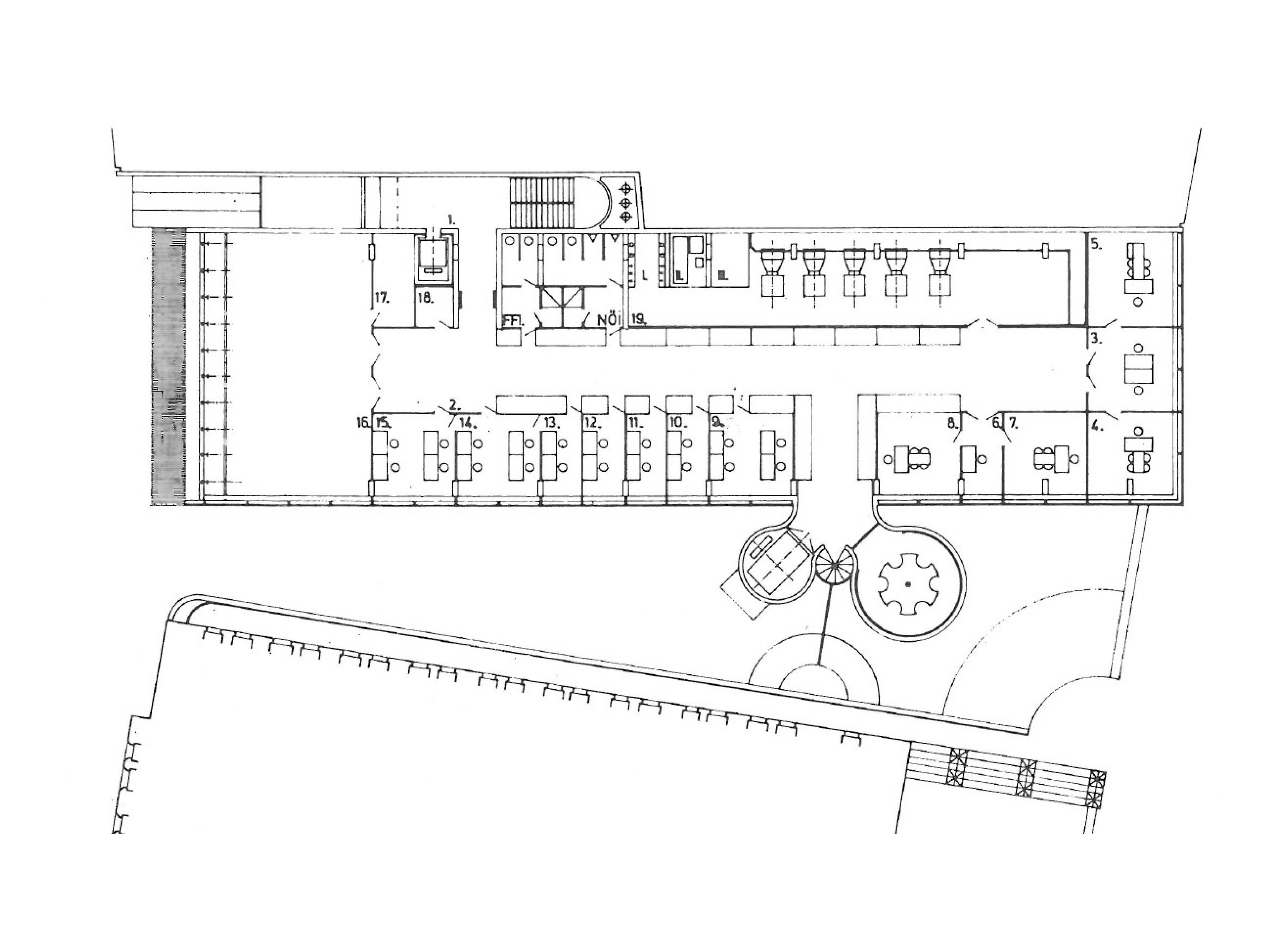 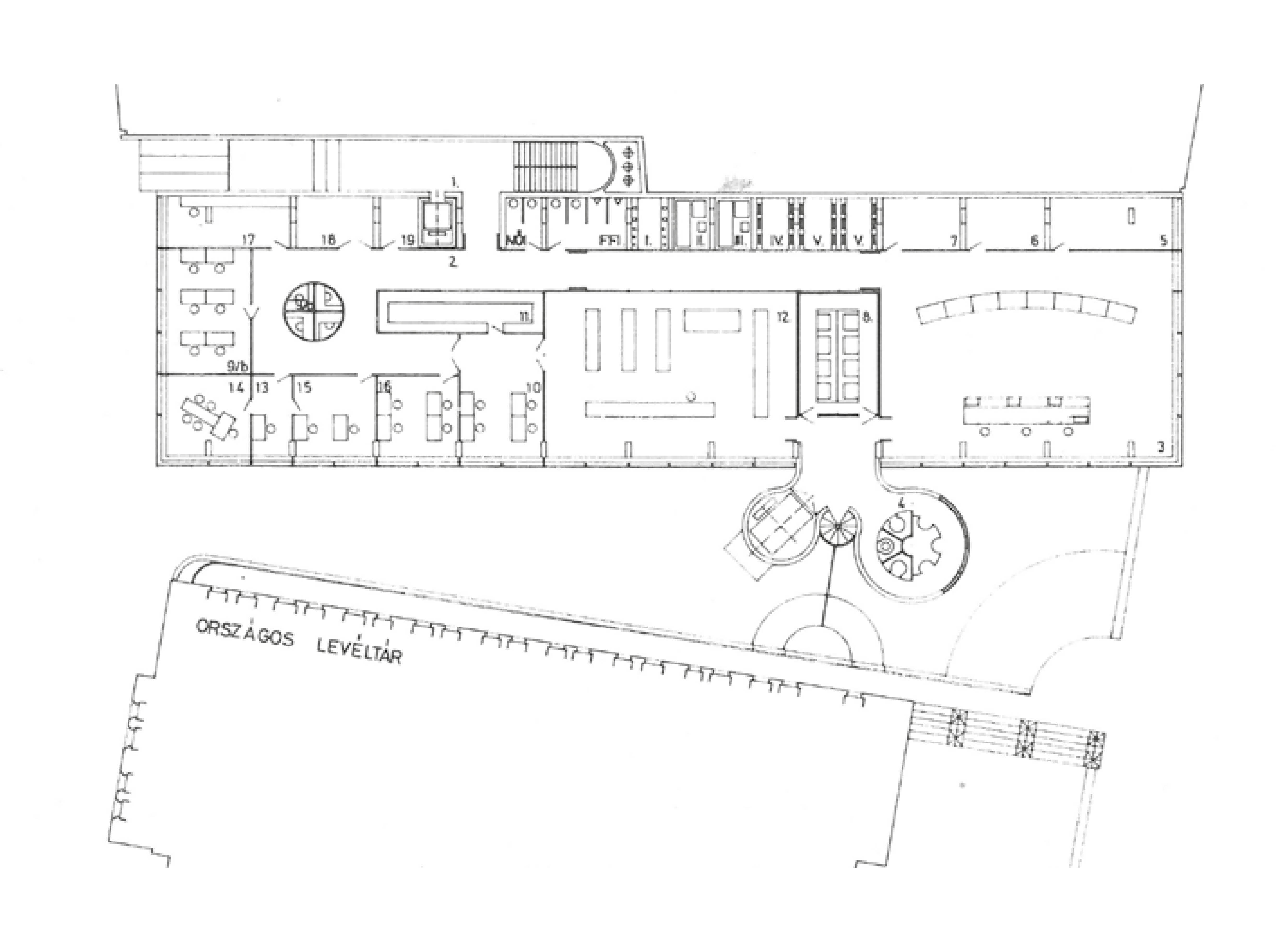 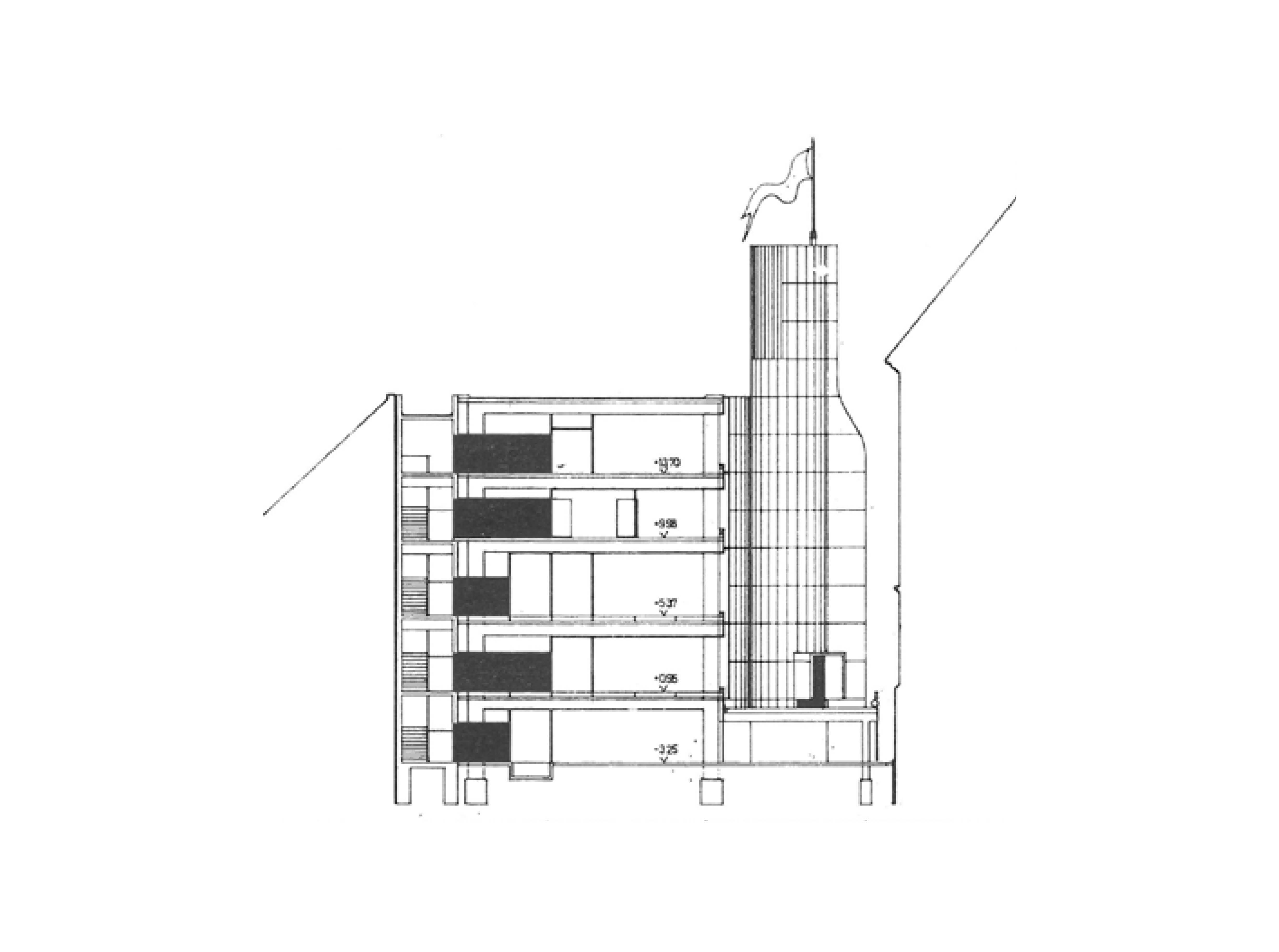 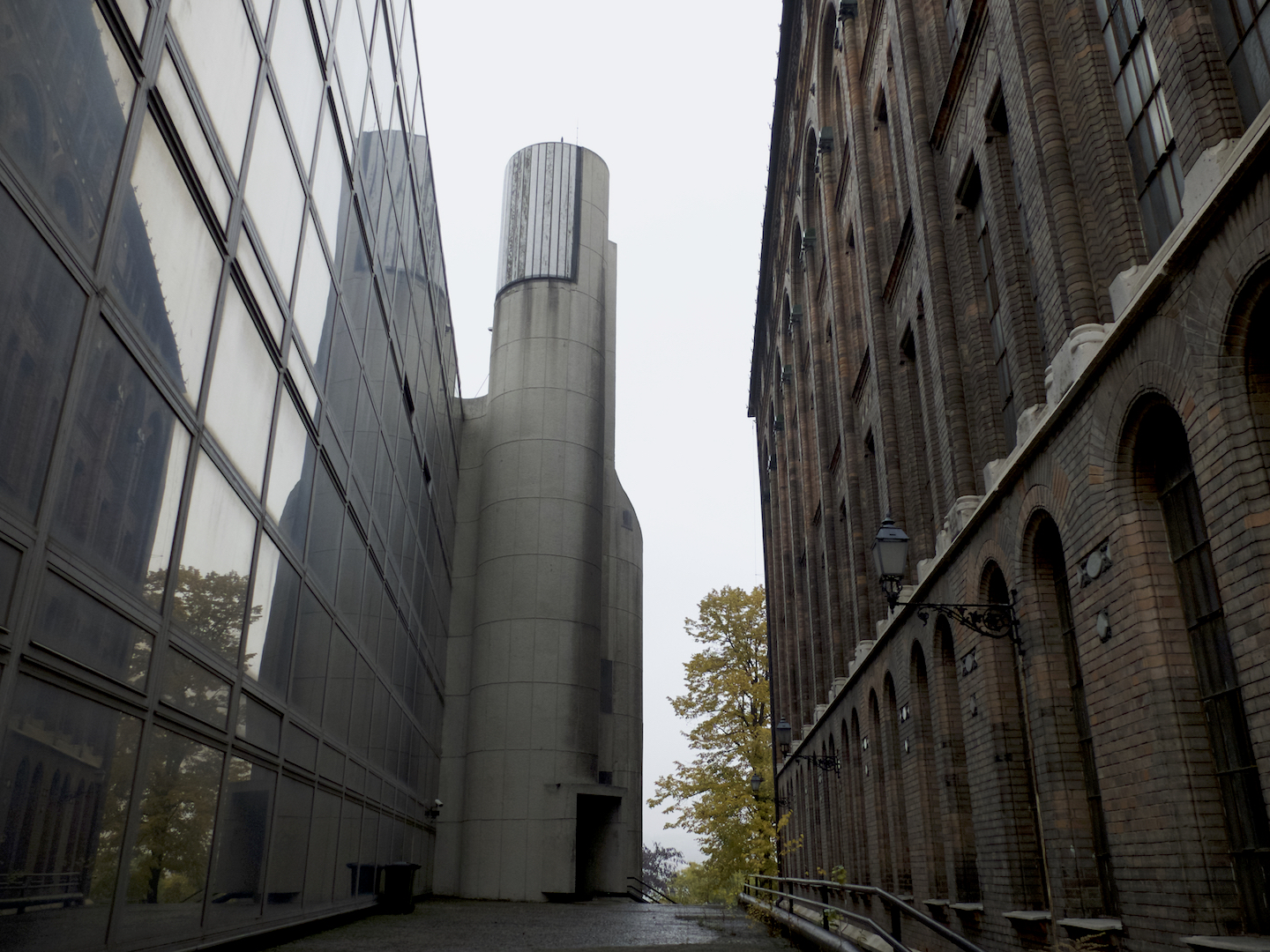 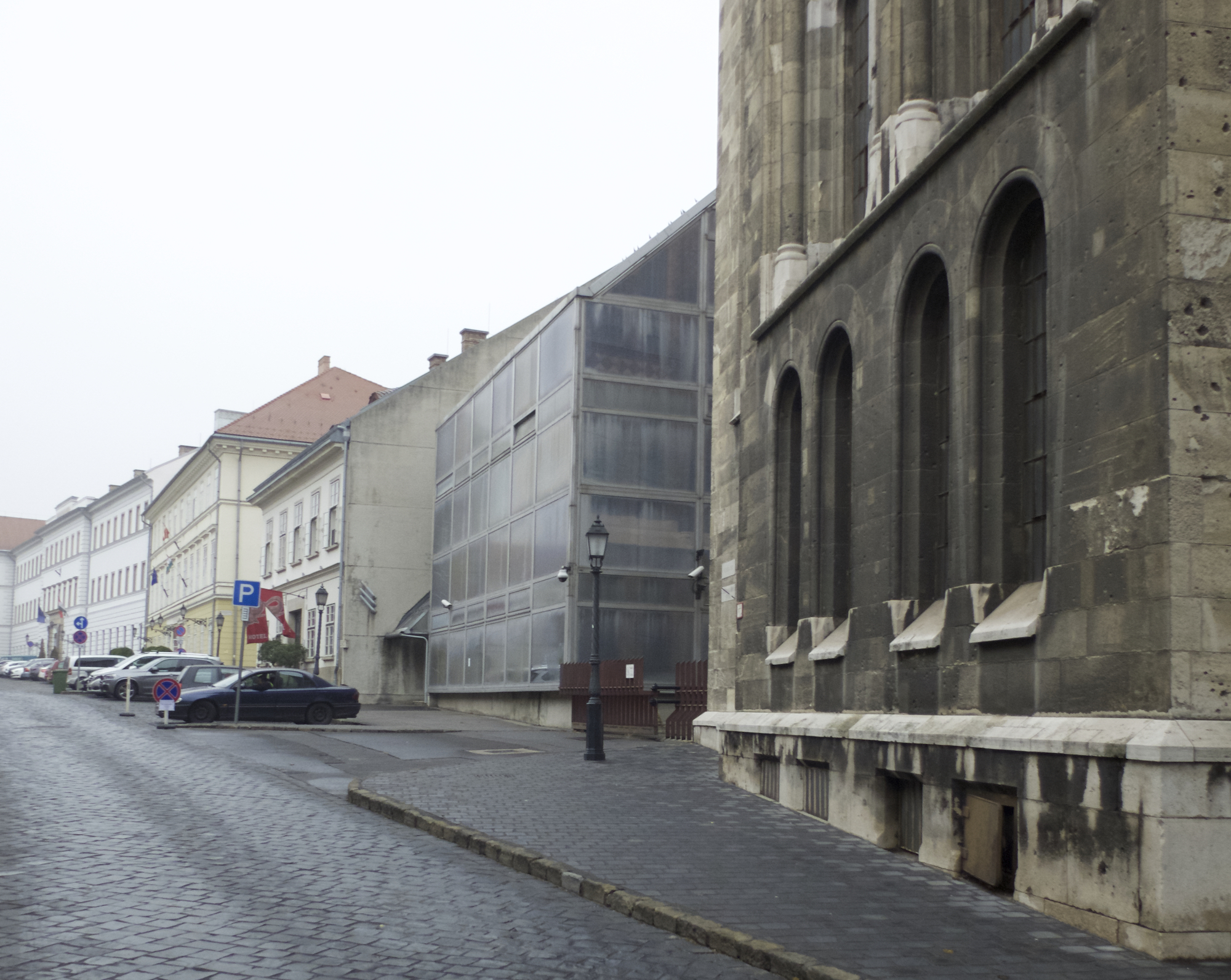 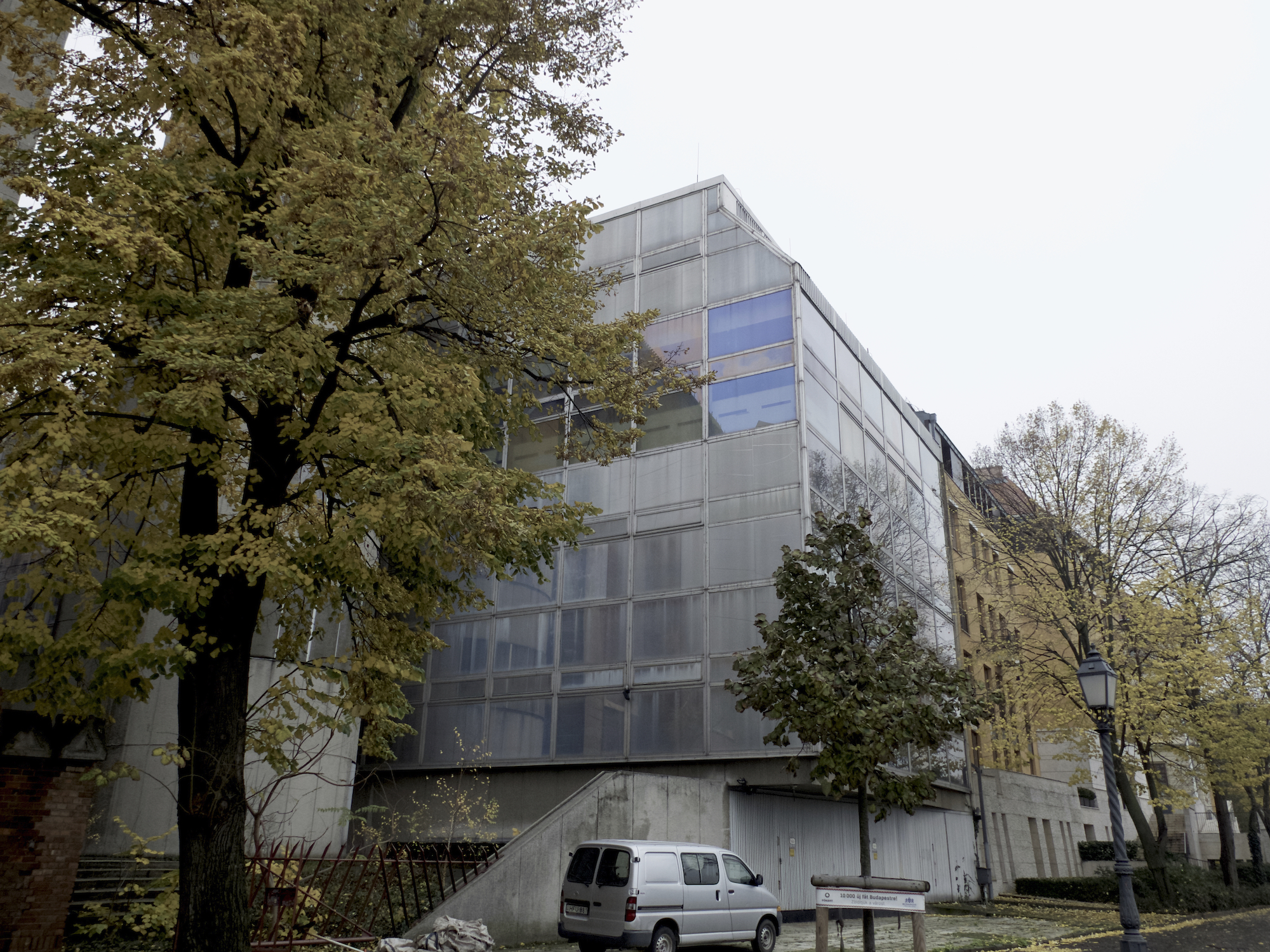 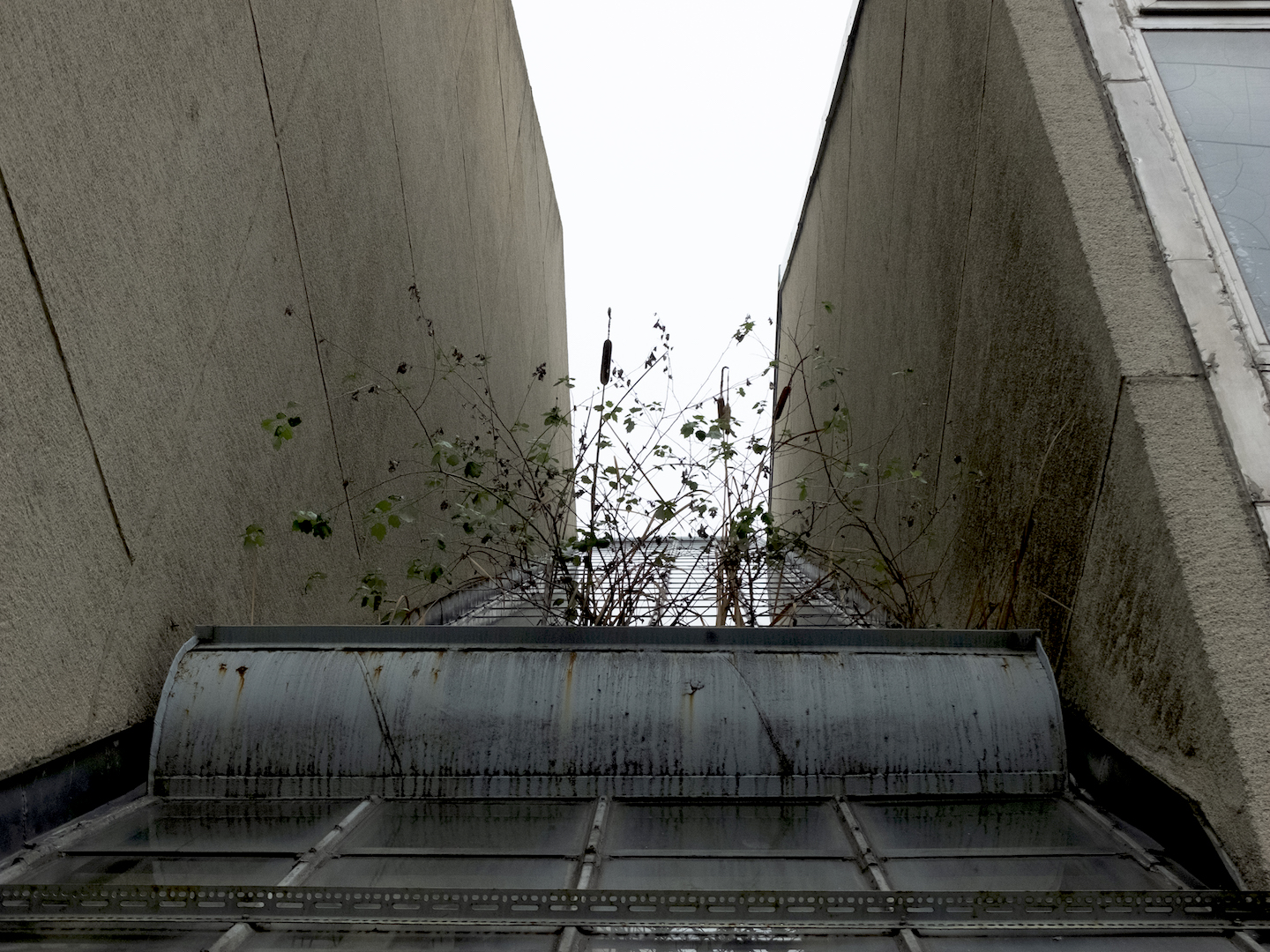 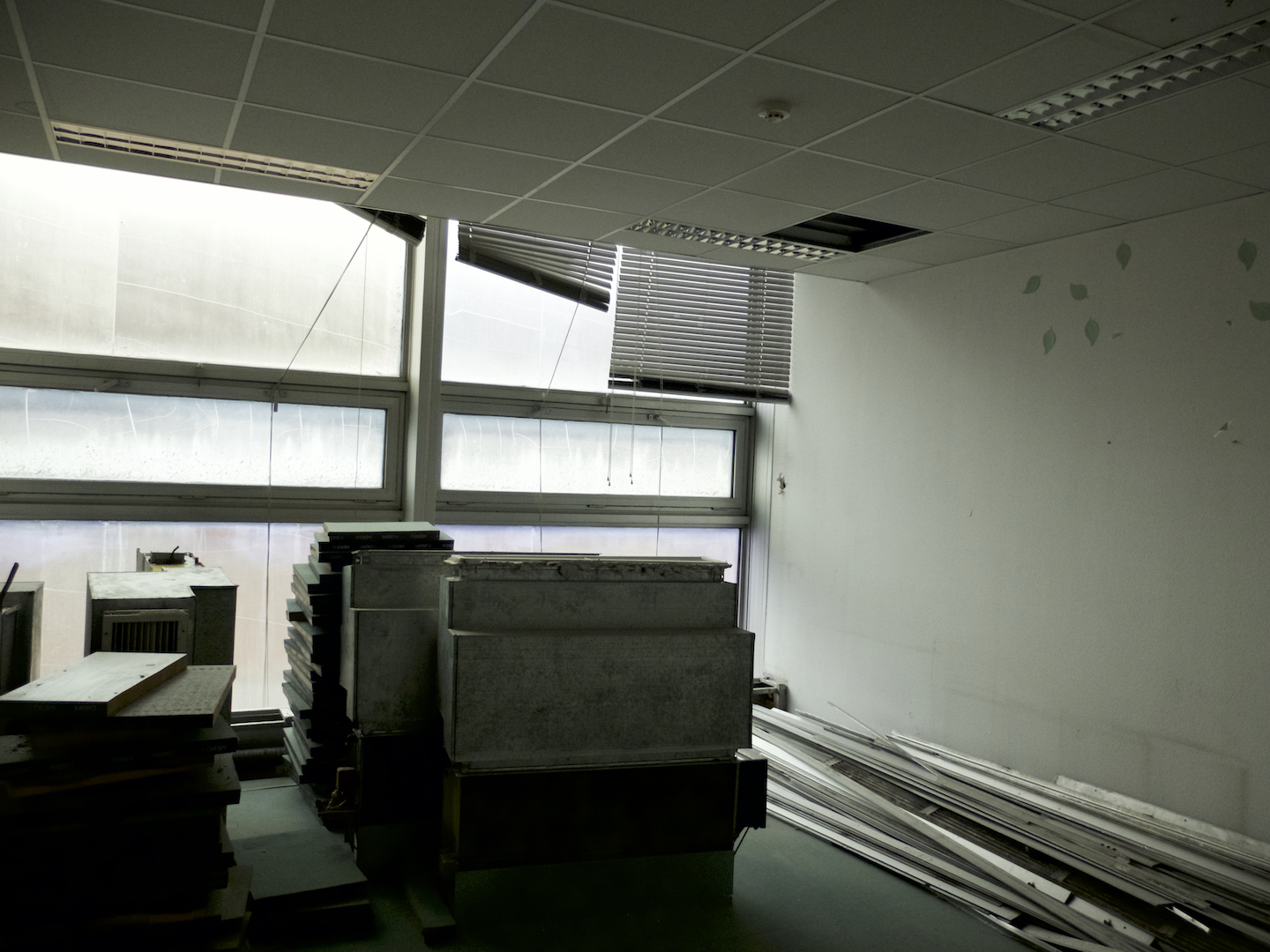 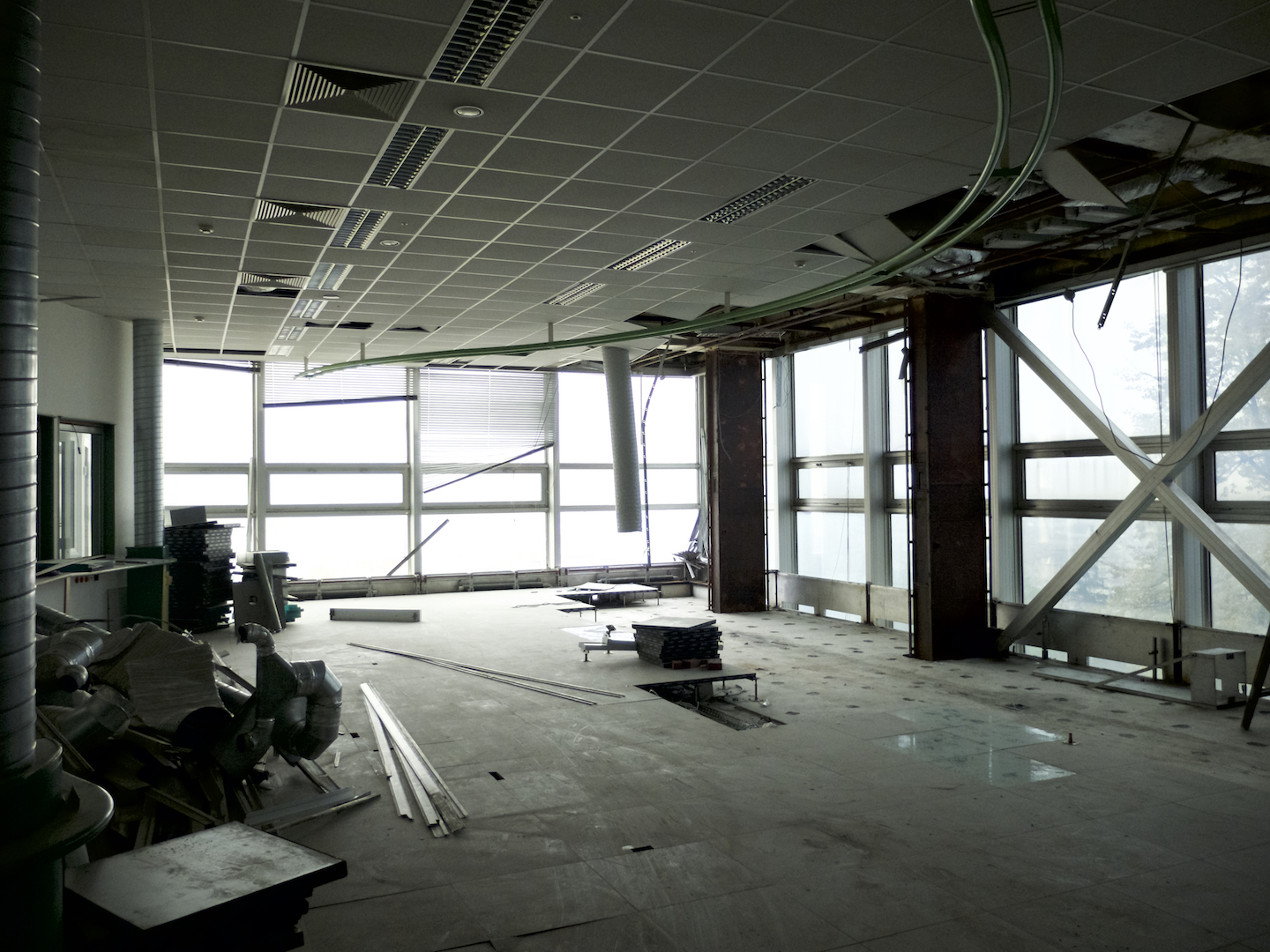 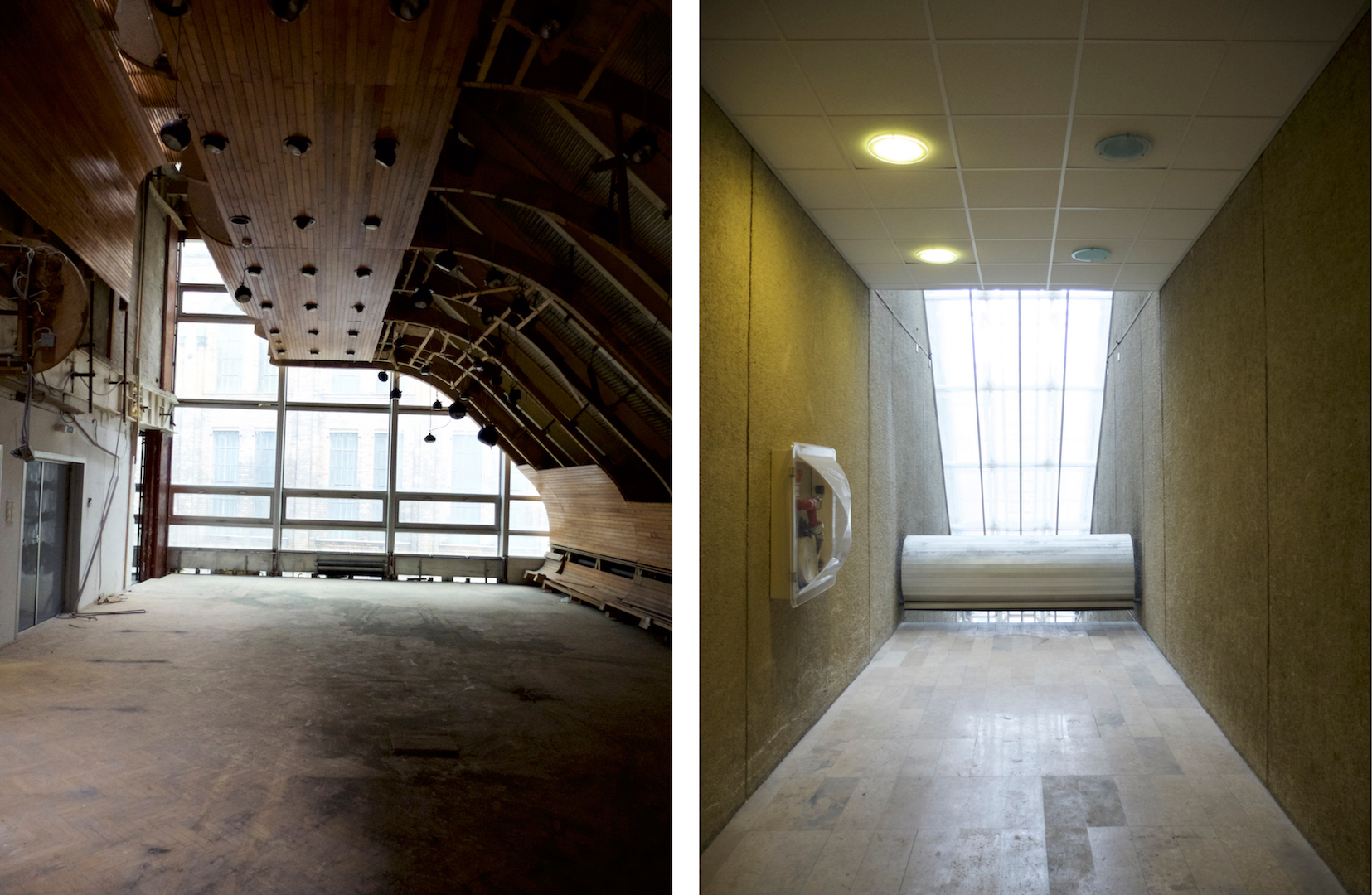